Copy and paste the letter below to write to Member of Parliament, Murray Rankin. Let’s raise up our voices, together, and demand a response.

My name is ___________ and I am writing to you as a concerned citizen. I currently reside on the unceded, traditional territories of the (insert traditional land name), currently known as (insert modern city/town name). I identify as part of the (insert communities/ethnicity/gender or other affiliations you feel comfortable sharing!).

With this in mind, and considering your role as Minister of Indigenous Relations and Reconciliation, we would like you to respond to the recent events of the bodies of the Indigenous children that were uncovered at the sites of the Indian Residential Schools in Kamloops, BC, and Saskatoon, SK, totalling collectively at 986 lives lost.

According to the Truth and Reconciliation Commission, the total number of Indigenous children’s lives lost stands at 4,100 individuals total across the country Your government’s response thus far has been underwhelming at best, and horrifically destructive at worst. This is not merely “a dark chapter in our country’s history”, it is the living plot of a multi-generation state-sanctioned genocide that Indigenous peoples across this country continue to endure in the present day due to the malice, failure, and gross negligence of your government and those before it. Do not let this tragedy become simply an opportunity for more hollow and tokenistic gestures by your government; act instead:

1. Develop and implement a formal framework to investigate mass graves across the country. In doing so, demand a comprehensive forensic investigation at all 139 residential school sites across the country. Dispatch forensic pathologists with access to ground-penetrating radar survey to all 139 sites. Use military logistical resources to make this happen.

2. Demand a full inquiry into the process and information collected by Indian Residential School Resolution Canada to assess what was known when and by whom. In doing so, respect the oral tradition that has carried these stories for decades. Survivors have spoken out about mass graves but have been ignored until they have now literally produced the bodies. Follow-up on any and all allegations of harm done to children as criminal acts. Advocate for criminal investigations against any and all persons or

institutions involved in the operation of facilities where children were murdered or harmed.

4. Immediately provide the necessary resources to implement all Calls to Action of the Truth and Reconciliation Commission.

5. Publicly acknowledge that physical and cultural genocide has been committed against Indigenous peoples.

Reconciliation is your responsibility and the responsibility of every Canadian. Act now that the lives and deaths of these children and the thousands like them yet to be discovered can have meaning. So that their families can heal. Act with courage and act with truth.

Read the Statement on Federal Strategies for Autism Spectrum Disorders released by the Canadian Chapter Affiliates of ABAI.

For information about Behaviour Analysis and the BACB visit: https://www.bacb.com/about-behavior-analysis/

Here are our suggested links to current and relevant information about Autism treatment and Applied Behaviour Analysis:

Our favourite bloggers keep us up to date on topics of interest and food for thought: 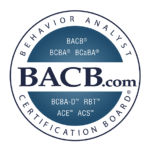 At the 2016 Liberal Party Convention, a motion was passed by the Liberal Party of Canada (British Columbia) that the treatment of autism (specifically applied behaviour analysis) be covered by our national medicare program. BC-ABA supports this motion and will be watching its progress.

Join the BC-ABA as a Full, Student, or Affiliate Member and get connected to your local community of behaviour analysis practitioners.

We are requesting your input on topics for webinars we will be offering free to all members. Take the Survey >

BC-ABA News and Events Straight to Your Inbox!